The hubby and I are having a housewarming party in August, and it’s never too early to start planning! I’ve seen a lot of different versions of the glow-in-the-dark mason jar floating around Pinterest, so I figured I’d try to make my own. Instead of mason jars, I turned little peach preserve jars into glow-in-the-dark lights that will be perfect for around our patio. I picked up these cute jars at a yard sale for one whole dollar. What a find! 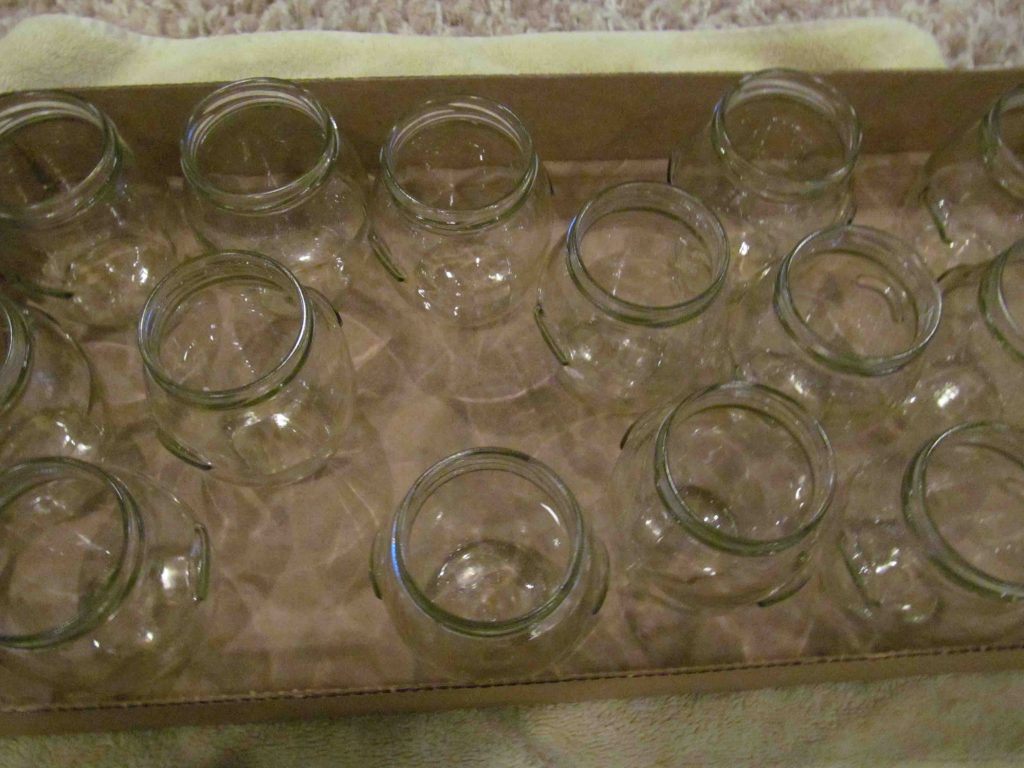 To get the glow effect, I decided to use glow-in-the-dark paint. Other e have been using glow stick “juice,” but that doesn’t last more than a night. If you use paint, the glow will recharge once reintroduced to light. The paint I chose was less than $2 and I was able to paint half of the jars with it.

I painted half of my jars using a paint brush and the other half with a sponge.

I originally wanted to see if one would cover the jar better than the other, but I liked that the paint brush created a vertical stripe in the paint, while the sponge created a horizontal stripe. I did a thick coat on my jars, then let them dry overnight.

With the inside of the jars covered with glow paint, the jars had a splendid little glow. BUT, I wanted a fantastic glow. So, I squirted gobs of the glow paint into the bottom of each jar, then swirled each jar to spread it around. I then flipped each jar upside down so the paint would trickle down the sides. 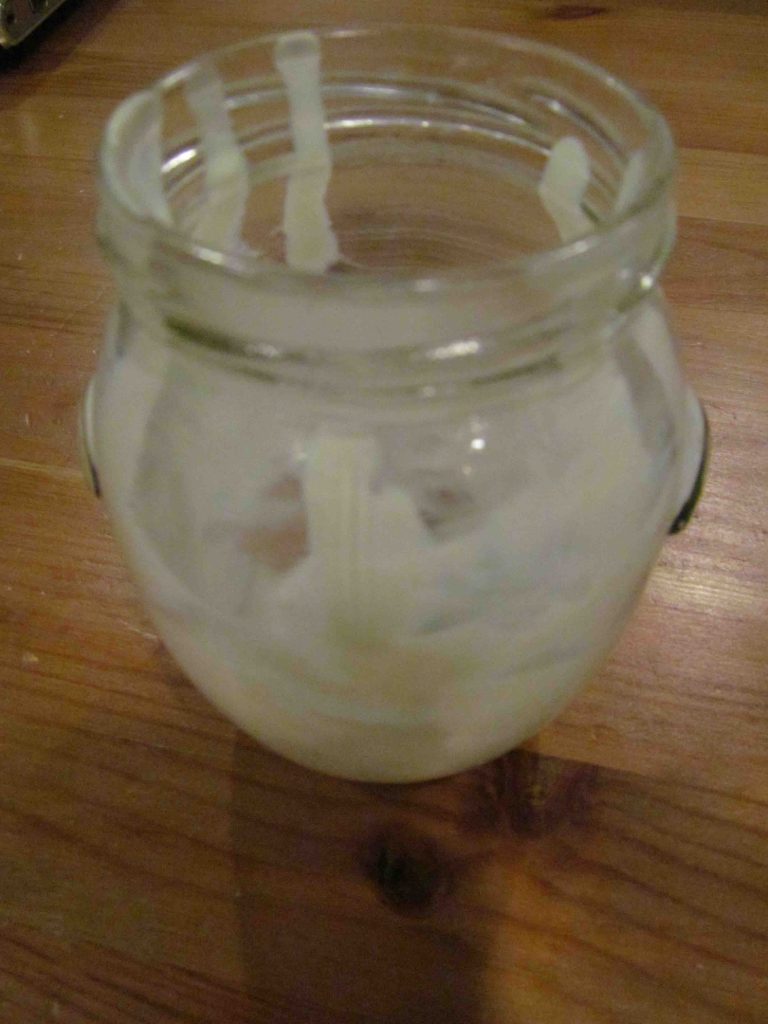 I’ll admit, the jars aren’t  super pretty or anything… but man do they look cool at night!

Once it got dark out, I held my glow jar up to a light in our bedroom. 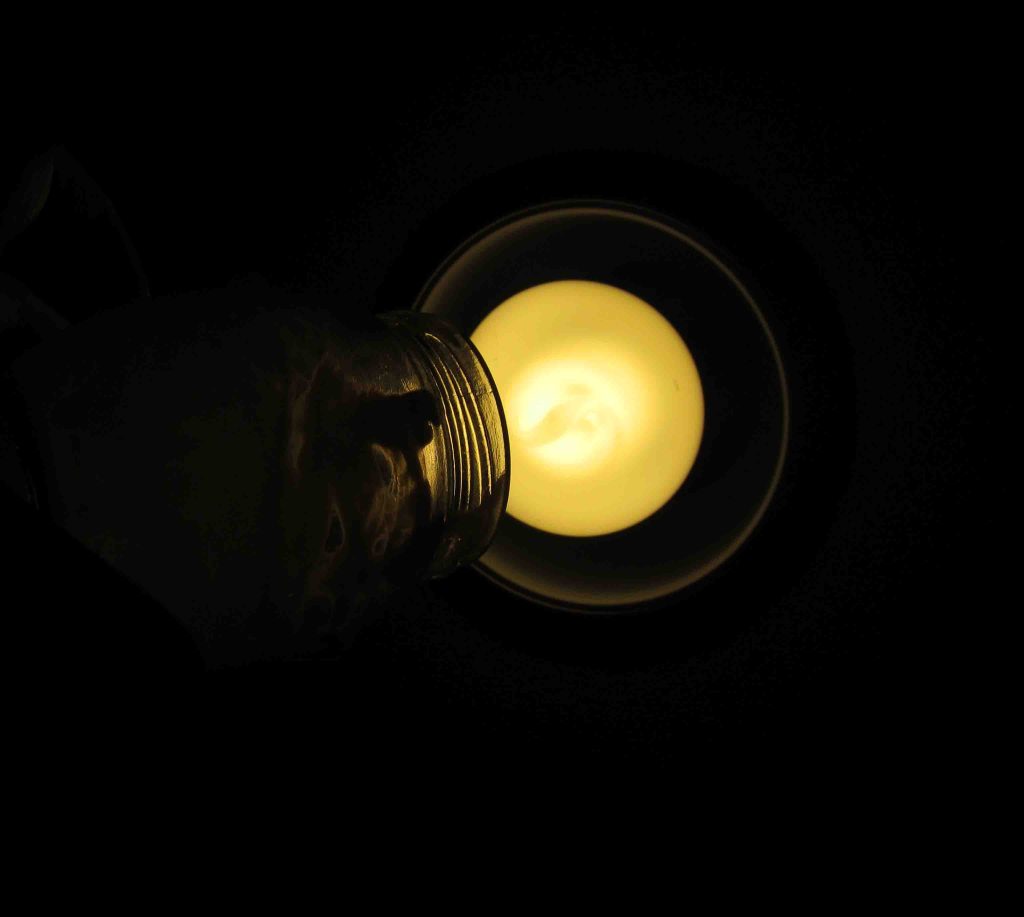 I then went outside and put the jar on our patio to watch it glow.

Pretty cool, huh? For less than $3, I have seven glow jars for our patio! They are too fun.

My name is Jess and I'm a lover of all things DIY. View all posts by Jessica Smith

Leave a Reply to A Smith of All Trades Cancel reply