Hi folks! I hope you all had a great Thanksgiving. I traveled to Ohio to see my dad’s extended family. We have some great family traditions with our Cincinnati family, like drinking UDF milkshakes, walking the Thanksgiving Day Race (… we actually bailed this year… oops), and black friday shopping with the girls. We also have the best food ever! My aunts make mean dishes for Thanksgiving, including cheesy jalapeno rice, strawberry pretzel salad and the yummiest sweet potatoes.

Here are a few pictures from our fun trip! 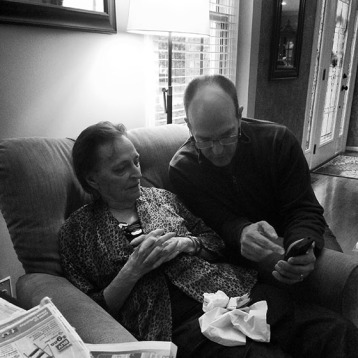 Stay tuned for a post on how I decorated my home this holiday season. I love all of the decorations I’ve accumulated through the years and am excited to share them with you!

My buddy Amy suggested I keep a running tally of how many tomatoes I get from my garden this year. Being the garden-lover I am, how could I pass up such a fun idea?

Yesterday’s haul at 8:30 p.m. proved very fruitful, no garden pun intended. And I know we missed a bunch of pickins because it was getting dark. As of last night, the tomato tally is up to 33. Not bad! I am hoping to get enough to make a batch of salsa this upcoming weekend… that means that I need to stop giving them away and eating them, which is the hard part. I still have a few onions left from my garden and my jalapeño peppers are growing like weeds. If I have enough tomatoes, I should be able to make salsa almost purely from my garden 🙂

In this picture you’ll see a green zucchini, a yellow squash, an oddly shaped cucumber, a handful of cherry tomatoes, three purple heirloom tomatoes, a few Roma tomatoes, a few early girl tomatoes and one yellow heirloom tomato. That are so pretty. There are also two banana peppers, which I do not remember planting. I wonder if labels got mixed up at Home Depot or something…. I planted tabasco peppers (those aren’t growing, darn), red bell peppers, green bell peppers, cayenne peppers and jalapeño peppers. Somehow the bananas snuck in there. They won’t go to waste.

Speaking of nature (good transition, yes?), Brian and I hiked the Billy Goat trail between the C&O Canal and Potomac River.

It was the best hike we’ve ever been on and I can’t recommend it enough. If you are anywhere near Great Falls National Park, you have to hike this trail. 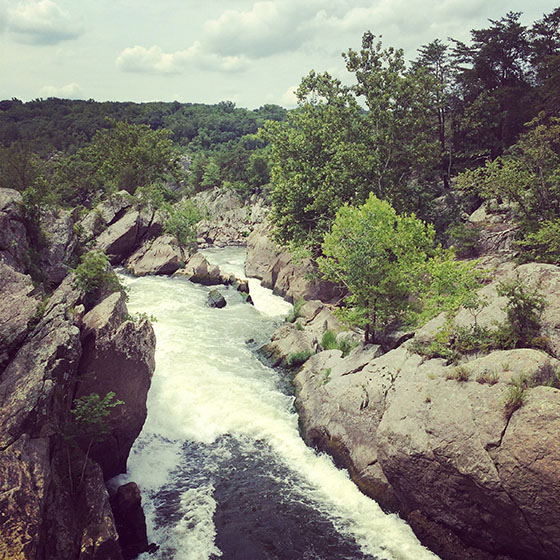 Other than hiking, I spent the weekend winning a round of mini golf…. 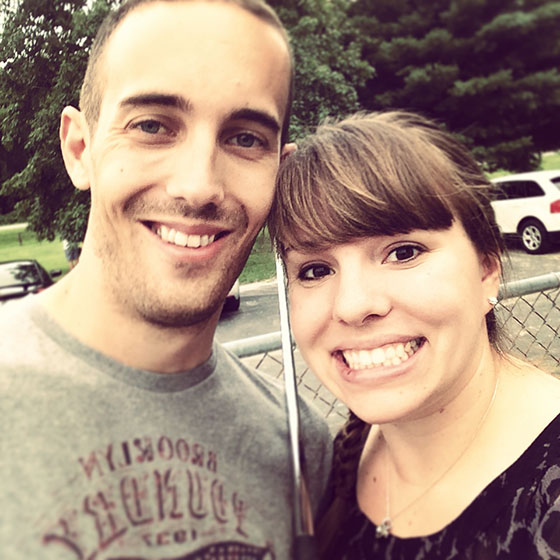 … hanging out with our neighbors…. (yes, our dogs are strange)

… and visiting with my cousins. Oh, and I helped paint my friend’s basement. Quite the tiring and eventful weekend.

Hope you all had great weekends!

We did some Black Friday shopping this morning and then went to Downtown Cincinnati to skate on the ice rink. So fun!!!

Hope you are all having a fun and restful holiday. 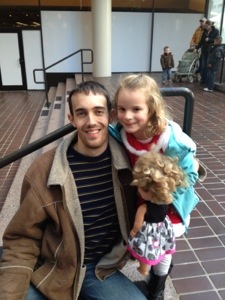 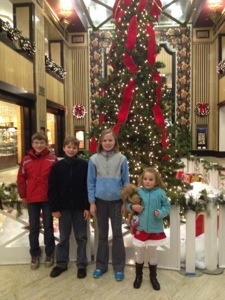 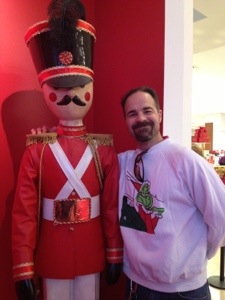 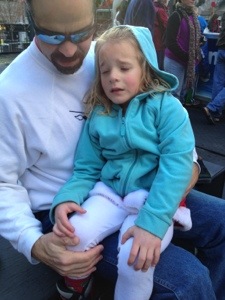 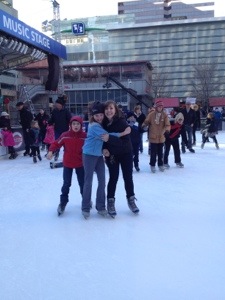